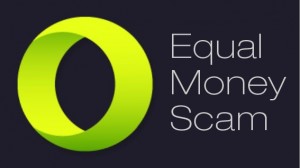 Bernard Poolman steals from, and at the same time, places the focus on demonising other theories or doctrines to win converts to Desteni.[4]

For example take the abbrevation EMS

We know it as the European Monetary System. Destini uses it als Equal Money System

For example take the ELF abbreveation

We know ELFs as little butterfly like gnomes, bringing the light. Destini downgrades it to Equal Life Foundation

For example the Universal Declaration of Human Rights [1]

The 16 points of the declaration of the rights (Dutch) of the ELF does not have as much to do, actually [3] statement with the 30 articles in the UDHR so just abuse of terminology for its own advertising.

Just like any other New Religious Movement, sect or cult, Desteni redefine and reinterpret conventional religious or spiritual ideas and beliefs using their own peculiar invented jargon. They believe theirs is the only valid interpretation of the ‘truth’ yet claim to have no beliefs. Their leaders fraudulently proclaim themselves as having special access to unseen worlds, and as the physical incarnation of transcendent realities. [17]

For example the Unconditional Basic Income

Thus there is abuse in use of the term Basic Income and the abbreviation “BIG ” Where ELF gives BIG a whole new twist. It seems that the ELFs are using these terms for personal branding.

The Unconditional Basic Income is composed of four characteristics [5]

For the rest, everyone is forced to work in four years mandatory voluntary (say slave labor). The basic income is withdrawn at an income that is twice the basic income and when owning a house for example, you do not get basic income.

So you see that this has to do with the intent of an UBI which is promoted by a monthly basic amount, and minimum wage is not necessary because you can carry out work in accordance with the employer and if you lose your job , then you do not have to eat your house. Incomprehensible, they have no understanding of the real BIEN code. With the ELFs, a gap between rich and poor will grow, it is not my Destini process! [16]

In several blogs each time the basic income is given in conjunction with other things, and therefore a lot of misinformation hurled the world. The capitalization of words is something that distracts from the text, there is no APA-style formatting used [14]

read and amaze yourself! [6] Basic income misuse starts at Day 417

Thus the term BIG is abused for personal gain. Basic Income Grant is transformed into Basic Income Guaranteed so that ELF/Destini-1 natural process is benefitting on a global scale now the popularity of the Basic Income in the world increases. Also because in Europe the European Citizens’ Initiative for an Unconditional Basic Income ( ECI UBI / EBI-OBI) is gaining popularity. [0] So since june 2103 the ELFs are suddenly into Basic Income.

Destiny is a one way street, a dead end, no interlinking

There is alse the fact that on any of the Basic Income Blogs there are NO links at all to the official BIEN [13] Basic Income related websites like basicincome.org, basisinkomen.nl, grundeinkommen.ch, basicincome2013.eu, you shoult think this would be in favor of them, but no, it destracts for a bad reason: money. You can see it in the last paragraph of their new website (since july) [15]

The Basic Income Guaranteed Project is managed and directed under the auspices of the Equal Life Foundation, a Non-Profit Organization, constituted under South African Law, duly audited as per legal requirements. You can support the development of the Basic Income Guaranteed by making a donation to this Non-Profit Organization.

Is this a SCAM, a sectarian buisiness?

On the net there is that this foundation is an outgrowth of sectarian behavior, and a Multi Level Money Scam equal to the system as Herba Life. And (as Mega Mindy would say [12] 🙂 if there is something I can not stand it is called Multi Level Marketing [7]

A proponent of the Equal Life System I confronted my thoughts and I emailed about this that I hijacking these terms “not done” and find the answer I got back was:

Words are not the possession or ownership of certain people or groups of people and we never claimed any terms . We use the words that exist and every term we use is becoming clearly defined so that there is no abuse and misinterpretation in the definition is allowed. The Equal Life Foundation has just always looked for solutions that are sustainable and workable.

The aim of the process is to rid people of all thoughts, feelings and emotions so they can be ‘birthed as life as the physical’, and along with their bogus political campaign called the Equal Money System, this is what Desteni say will bring about world equality.[18]

The group’s comments on news items to do with poverty, starvation, crime, capitalist corruption etc, are to promote themselves as the collective saviour of the world. Their v-logs and blogs repeat: ‘investigate equal money system’. When you ‘investigate equal money system’ you find that it is described using the same semi-literate catch phrases as in Desteni members’ videos and blogs and involves a Multi-Level Marketing pyramid scheme.

In turn, the Desitini guests again accuse others of abuse of terminology, this is a kind of projection? [8]

Equal Life Foundation is legally registered as a Non-Profit Company but it sells products for the profit of its members using affiliate marketing: http://eqafe.com/about-affiliate-program

Equal Life Foundation also takes payments for the “Desteni I Process”, which is a form of multi-level marketing: http://desteniiprocess.com/income

Equal Life Foundation appears to exist in order to manage finances of the private profit-making business concerns of the Desteni group, and for no other purpose.

Is Equal Life Foundation a genuine non-profit company? If not, then a fraud report can be filed with the Companies and Intellectual Copyright Commission of South Africa at http://www.cipc.co.za/FraudAlert.aspx